Sometimes it’s good to let vegetables go to seed. They’re no longer edible, but they can be more interesting. I’m not a huge fan for artichokes, which we grew for the first time this year. Liz likes them, but I think they’re at their best when completely inedible, rather than just partly inedible. I do exaggerate a bit – they are fun to eat, once a year. That’s enough.

Part of a just-opening artichoke flower in our vegetable garden, shot on macro with my Canon IXY 800IS. The neon effect is surprising in that it was photographed in dull light in the evening. Artichokes are a member of the thistle family and a couple of days later this immature flower was looking like a gigantic Scotch thistle. The 'petals' on the periphery are the pieces you peel off to eat (before it's gone to seed like this). The fleshy part at their base is edible.

Mature artichoke flowers. They are about 70mm wide. 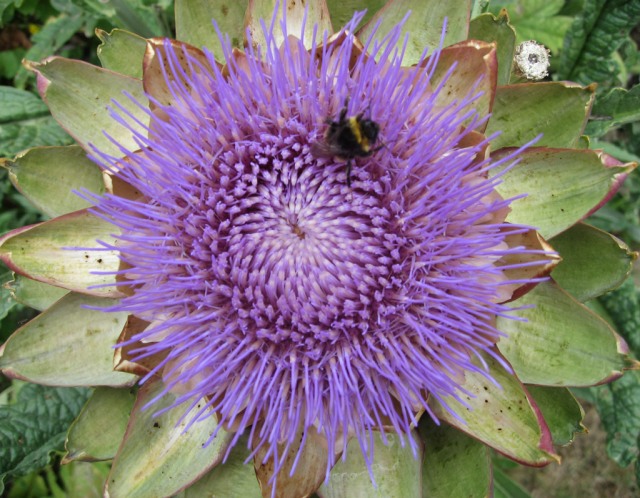 This entry was posted in Gardening. Bookmark the permalink.