On the way to Korea

Time to kill at Singapore’s Changi Airport, on the way to Seoul, and writing this seems as good a way as any to kill time.

Why am I here? One of the hats I wear professionally is a trustee of Computer Access NZ (CANZ), which was started ten years ago by the 2020 Communications Trust, with funding from the Ministry of Education. For most of the period CANZ has been mainly about advising schools about appropriate use of refurbished former business and government computers. This was particularly valuable in earlier years when there was a big digital divide in schools and the community and it was important to increase the ratio of computers to kids.

Many schools are still making good use of second hand computers, mainly for ‘bread and butter’ activities, so CANZ and the refurbishers we accredit still have a useful role to play.

But about four years ago, we started to get involved with the problem of computers that had reached the end of their useful life. In other words, the e-waste problem.

The Ministry of Education has supported this activity, because disposing of useless c0mputers is now a big problem for schools.

Laurence Zwimpfer, CANZ’s chairman, and myself have researched and written two major reports on the NZ e-waste problem. We’ve worked with the Ministry for the Environment in this, and had funding from them.

Later this year we will be coordinating New Zealand’s fourth annual eDay, where householders can hand in their old computers, monitors and peripherals and know they will be safely recycled.

Because New Zealand doesn’t have adequate recycling facilities for safely treating e-waste and recovering usable materials from it, we are forced to send most material off-shore. And we have to be sure that our overseas partners operate ethically and to high environmental safety standards. Which is why Laurence and I are on the way to Korea – to inspect a large recycling operation we are hoping to use this year.

So now I’m filling in time – five hours of it – in the huge new Terminal 3. I just went out and took a few snaps to practice using my new backup camera – a Panasonic Lumix DMC-LS85. It’s a nice little camera and it only cost $247 for eight megapixels – a lot more camera in many ways than my first Canon digital, which cost $1200 for four megapixels.

A tiny portion of the huge Terminal 3 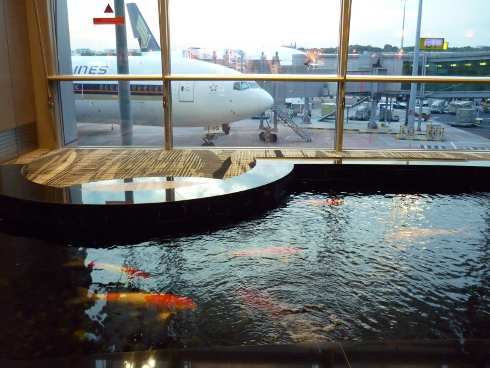 5 Responses to On the way to Korea