A&P shows were once a big deal in towns all over New Zealand. They celebrated and showcased farming endeavour and rural service industries. They entertained the masses with grand parades, woodchopping, shearing displays, sideshows, candyfloss, showjumping, all kinds of farm animals and birds, and machinery. They brought the country to town. 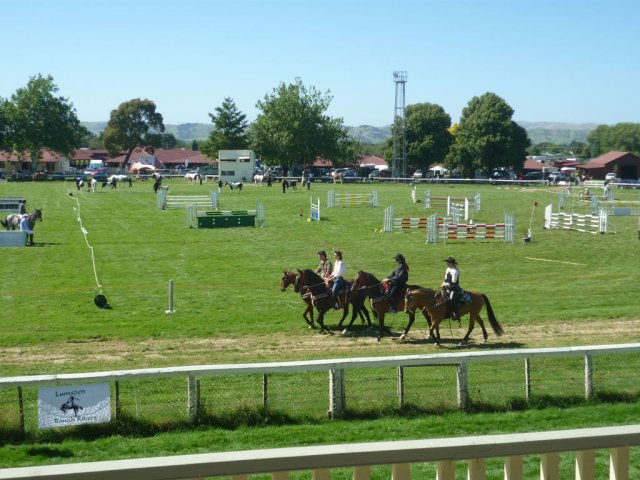 Part of the main show ring photographed from the sparsely occupied grandstand. Show jumping in the background. In the foreground are the Lumsden Rough Riders, who put on a show that was entertaining, but certainly rough around the edges.

A&P shows still deliver those things, but no longer to the masses. Most people at Masterton yesterday seemed to be directly involved in the show exhibits and events, particularly horse events. There were few genuine spectators and most of them were  elderly. Public carparking was not at a premium.

The decline of A&P shows is a great pity, but such events are no longer the only show in town, and anyway, things rural no longer hold much interest for townies. The fact that farming still keeps NZ afloat seems to be lost on them.

I guess it’s also possible we were there during one of the show’s quiet periods. It was between 10.30am and 2pm on Saturday. That might not be Grand Parade time, but I’m sure the shows of my youth would have been a lot busier at the time.

We had a good time anyway.

These cute kids sitting in front of us enjoyed the horses.

Life can be cruisy while you're still a piglet.

Heifers being led out for judging. 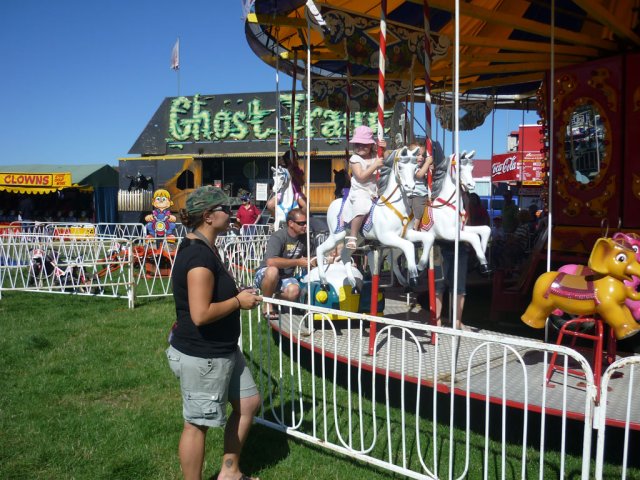 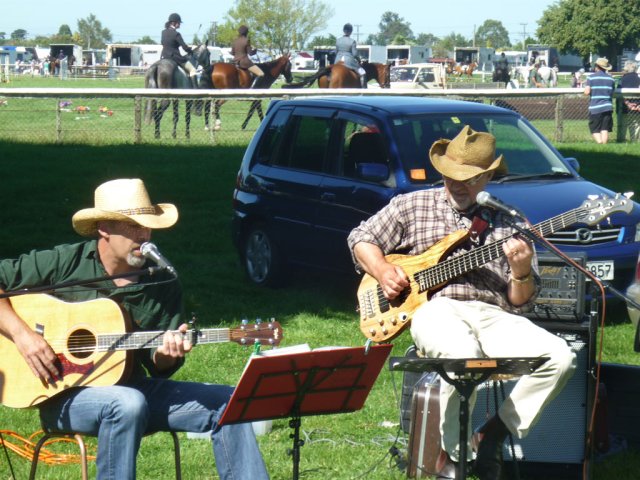 No A&P show would be complete without country and western peformers. They were good, and so was a country-rock band. 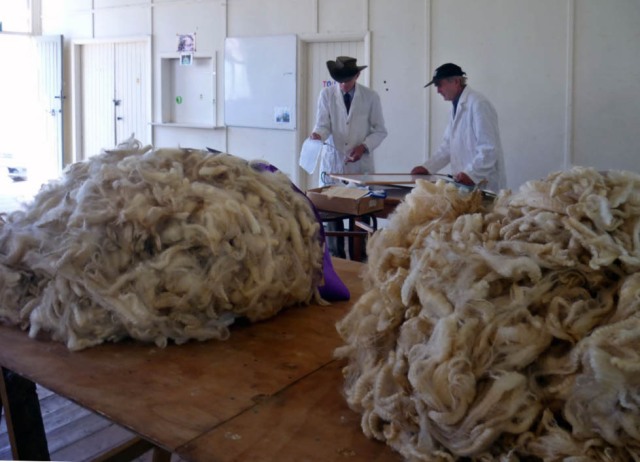 Romney fleeces. Back when New Zealand 'lived off the sheep's back', this would have been a popular display, but yesterday only a handful of people were in the hall. And in former days, the fleeces would all, or nearly all, have been from white-woolled sheep. Yesterday, nearly half the fleeces were from black and coloured sheep and had prime position in the hall. Once these fleeces would have been relegated to a small corner or segregated in a separate building. A sign of the times, I guess – there’s more local interest in wool for woolcrafts than wool for manufacturing. Anything other than white wool used to be seriously looked down upon. New Zealand's crossbred wool industry is in almost terminal decline, with market prices that sometimes don't even cover the cost of shearing. In fact, many farmers now see shearing as little more than a stock health exercise. 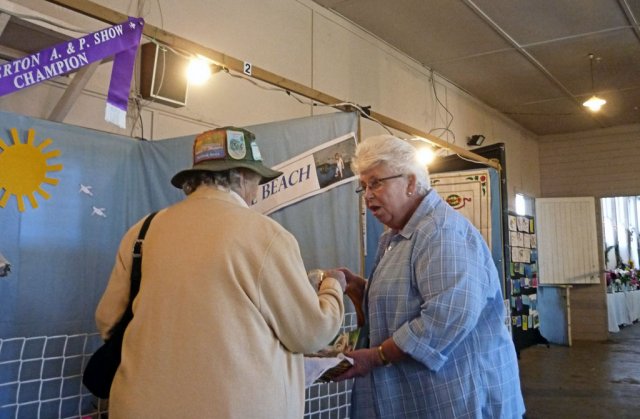 Animated discussion in front of the champion school tableau. 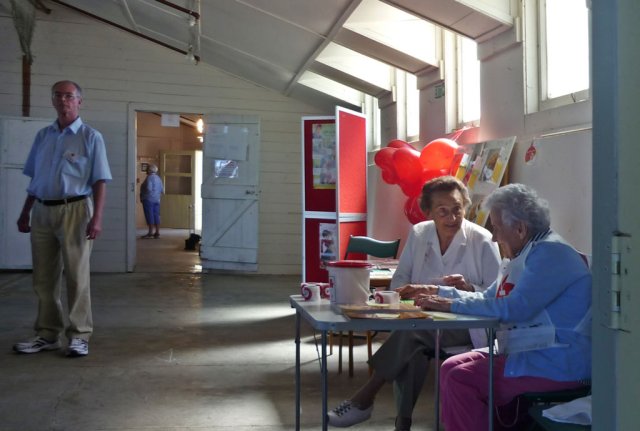 The display areas under the grandstand were not exactly busy. This was a Heart Foundation display. 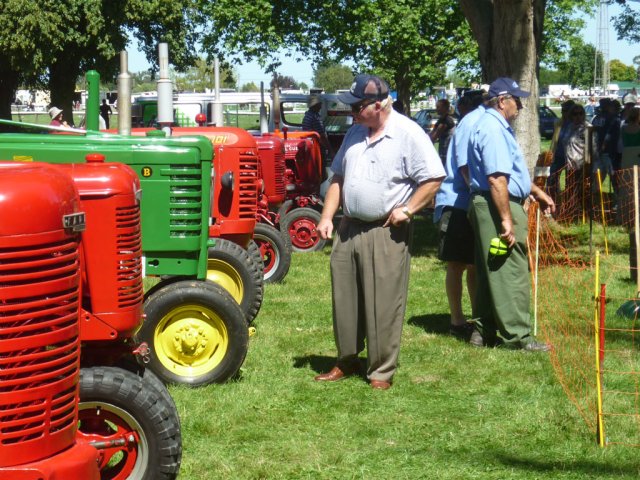 The display of vintage tractors and machinery was a magnet for old-timers.

One of the Lumsden Rough Riders.