Switching back to the dark side

After a couple of frustrating years with a mostly-beloved  Asus Eee PC900 netbook, I’ve tossed it aside for one of the new Asus Eee PC 1005PR netbooks. Even with its relatively hobbled Windows 7 Starter operating system, the 1005PR is much nicer than my Linux-powered PC900 – and not just because it’s newer, bigger, a little faster and has much longer battery life. For me, Windows – notably Windows 7 – just works. I’d hate to think how many hours I invested in the old machine, sorting out hassles with Linux. With help from some incredibly generous and patient user forum people and hindrance from arrogant user forum idiots. 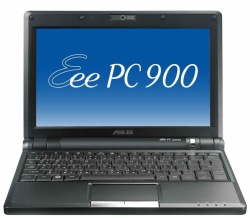 Linux on the PC900 became halfway bearable once I ditched the awful Xandros it shipped with, and moved to Eeebuntu. But even Eeebuntu was a sinkhole for my time and the customer ‘support’ was atrocious. (“Oh – did our scheduled update hose your machine? That’s unfortunate – perhaps some other user on the forum may be able to help. Don’t expect us to.”)

What finally sent me back to the dark side for netbook computing was (1) the ability to install Evernote as a native application, rather than having to access it (inefficiently) on the web, and (2) the ability to use my Quicken accounting program. In spite of its deficiencies, the small size of the PC900, and its rapid bootup and close-down, meant I used it at home far more than my big Windows laptop. But finally, not being able to run Quicken and other key applications made Linux a liability. 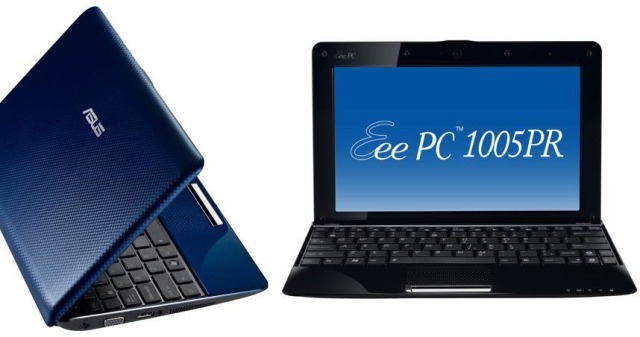 It’s one thing to feel smug about being independent of Bill Gates and Microsoft. There’s also a thing called cutting off your nose to spite your face.

There’ll be a variety of other favourite Windows apps that I’ll enjoy again on the netbook. One is Photoshop, which is streets ahead of The Gimp, so beloved of Linux users.

I’ll retain VLC media player from my Linux days – there’s now a Windows version. And rather than install MS Office, I may well use Windows versions of AbiWord (word processor) and Gnumeric (spreadsheet), both of which I discovered in Linux. [Update: in the end I went for MS Office because I also needed Powerpoint.]

To be honest, I can’t think of any other Linux applications I discovered on the PC900 (and also on a Linux desktop machine I used to use), that I’d want to continue running in Windows.

Sure, I’ll worry a little more about security with Windows. But keeping Windows secure  these days is pretty easy and is a small price to pay for a much richer software environment. And I won’t miss the Linux command line one little bit.

4 Responses to Switching back to the dark side