The iPad is becoming useful for professional graphics work. Originally it was no great shakes because the iPad tended to work with low resolution images (1024×768) and adjustments you made to photos naturally also emerged at low resolution. Now we’re seeing image manipulation apps that work on high res images and export them at high quality print standard.

One of these apps, called SketchMee, uses filters to turn photos into sketches, with controls that let you try many variations. It works better on some photos than others and when it doesn’t work it can look cheesily amateur. But it can be a lifesaver. Below is a book cover I designed earlier this year. The original photo was in poor, nondescript condition, but it perked up considerably with the SketchMee treatment. The book’s author was delighted with it. (Click on the image to enlarge it and get a better idea of the effect.)

I had my first play with Snapseed this morning. Produced by the Nik company that has been selling Photoshop plugin filters for years, Snapseed is capable of extensive photo manipulation at a fraction of the cost of Photoshop filters. I’ve used Nik Color Efex Pro appreciatively in Photoshop for years.

This hyperbole from the Snapseed website is not far off the mark: “Enhance your photos with one tap. Tweak photos to perfection with Tune Image or selectively adjust only a part of your photo with revolutionary Control Points. Add incredible effects with innovative filters like Drama, Vintage, and Grunge.”

For best results you’d be advised to use more than one tap!

Needless to say they’ve also built in a fair amount of social networking bullshit, but that can be ignored.

Further down are before and afters I did for a few of my photos this morning in a quick first session with Snapseed. In most cases I’ve shown the most extreme effects of the various filters, but it is possible to apply more subtlety.

These iPad apps are as cheap as dirt – around $5. They’d be hundreds of dollars as Photoshop plugins. Both of the apps also work on the iPhone and iPod Touch. 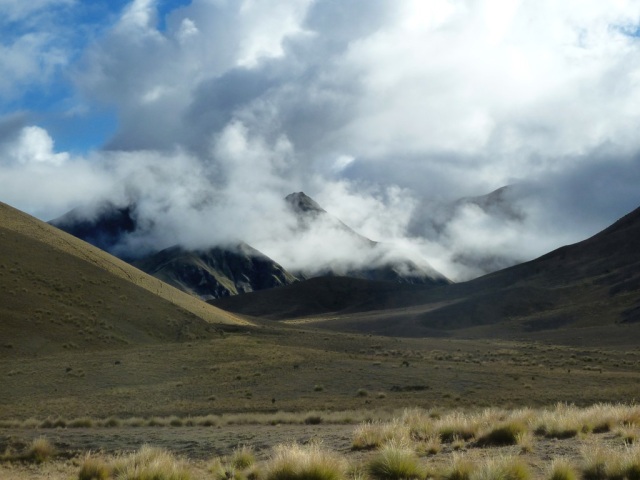 This used Snapseed's 'drama' filter, which certainly made the clouds more dramatic. I guess a bit more dramatic than they actually were, but then the first photo didn't quite capture the original drama. Unfortunately the fragments of blue sky on the left no longer look like blue sky. The foreground initially lost some punch and I restored some of it in Photoshop. Too much restoration and blue sky becomes even more unnatural. (But this is all on a quick-fix level – with more work it could be done properly.)

Again using the Drama filter. Interesting but too much! Again the foreground has been considerably lightened.

Black and white filter applied after the drama filter

Ayers Rock (Uluru), 1982, scanned from Kodachrome slide. The sky had already been darkened by a polarising filter on the camera. 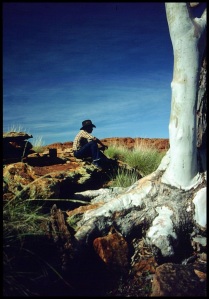 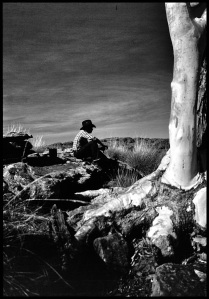 An old cart at Mesopotamia Station in the upper Rangitata Valley 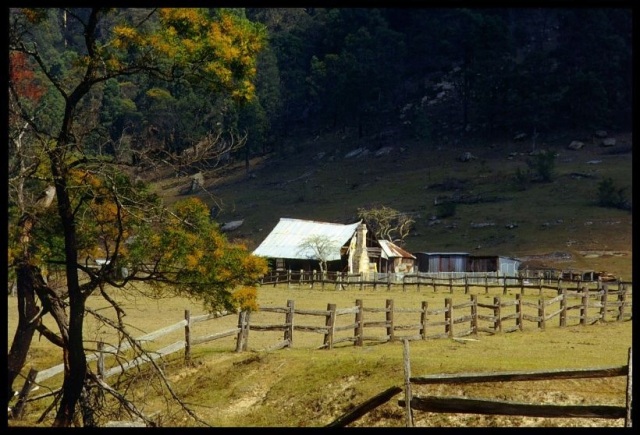 An old house I took somewhere in New South Wales in about 1981. 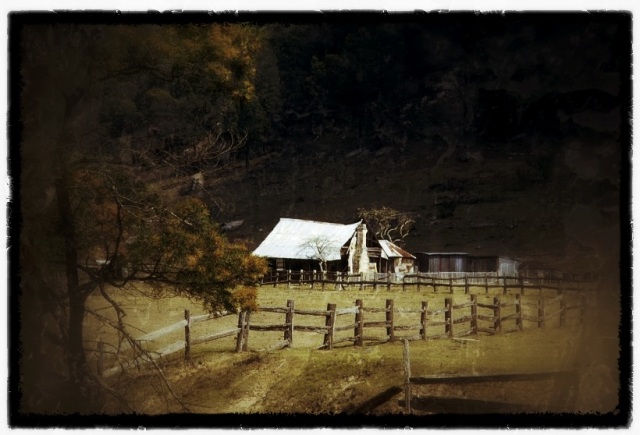