Perhaps it’s a good thing we decided to knock down the back of our house and start again. If we hadn’t, we were heading for expensive trouble in the years ahead, due to rot.

The worst area of rot, in the  north-west corner of the old house.

We expected trouble just outside the old washhouse where there was a  section of wall covered by a large piece of flat galvanised sheet. We didn’t know what was under there, but had a feeling it wasn’t good. It wasn’t. The corner of the house had to be jacked up, rotten weatherboards plates and studs replaced and a heap of stabilising concrete put under the corner.

Then last weekend I removed the last of the weatherboards from the original house wall, on the right side of the photo below. The two studs on the far right, closest to the earlier rotten section, were knackered. Nothing that new studs couldn’t fix and it was nice to see the end of it. 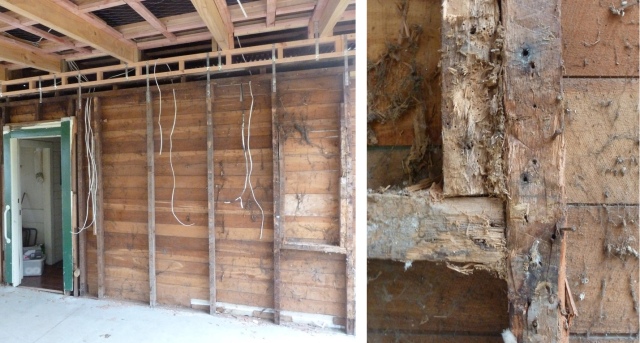 The second lot of rot on the right of the wall.

This morning Bruce was looking at the weatherboards outside the existing pantry, which will become a second toilet. It had all looked fine and wall was going to be largely untouched.

yond it in the wall studs and window frame. He had to completely rebuild the wall frame – fortunately there wasn’t much of it. New weatherboards and a new window will be added later. 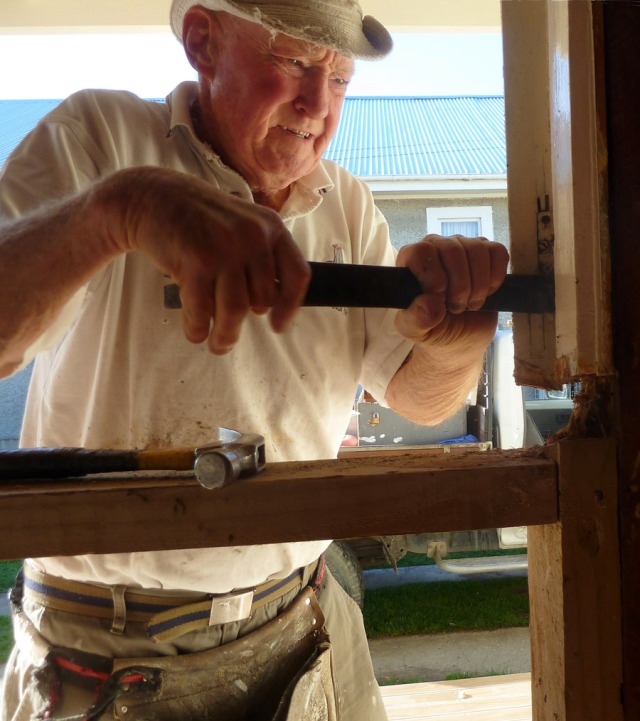 Jemmying out the rotten window.

Below is a video of Bruce at work here, to the loud accompaniment of Newztalk ZB from his truck radio. 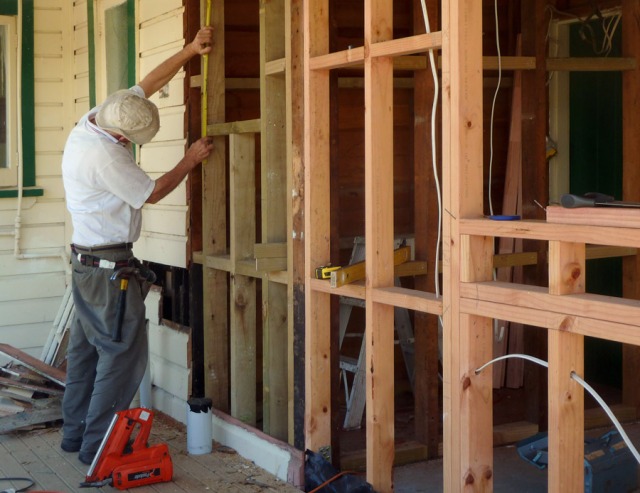