When we arrived a couple of days ago, Bruce had completed gib lining on the walls and ceiling. Now it really feels like a room. 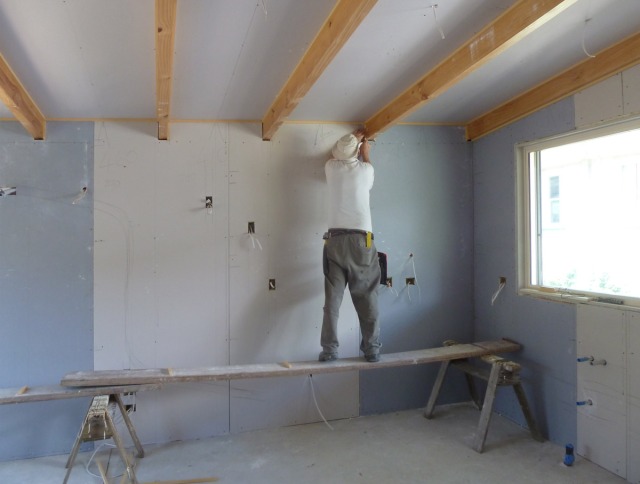 North-east corner. Bruce (standing close to the future electric range), is nailing in beading where the lining meets the beams. It’s not the clean beams protruding from the ceiling look we would have preferred, but that would require the joins to be plastered. Bruce warned us that the plastering would eventually develop unsightly cracks – which indeed has happened in his own home. 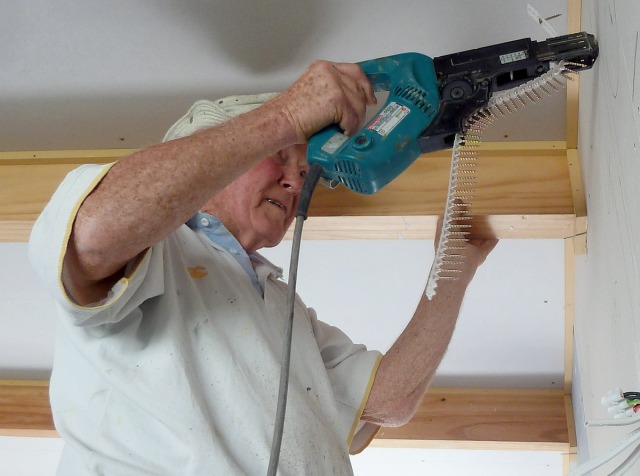 Screwing in the gib panels with a heavy-duty drill that takes strips of screws like belts of machine gun bullets. It looks impressive to a layman like me.

The blue sheets of gib board are the special high performance GIB Braceline product, required for structural strength. This has to be fixed with many more screws than are used with normal gib board.

But the kitchen install date has been brought forward by the company and it will have to be installed against bare, unplastered Gib. There was a chance we could have finished the kitchen end of the walls before Friday , but the inspector could not come until 3pm today, even though Bruce put his request in on Tuesday morning.