We had the big switchover today and ended up with the plumbing, including hot water, switched over to the new system. Appliances and electric power points were installed and Liz cooked our first meal in the new kitchen.

Left: some of the shambolic old plumbing we switched away from. This had all been outside the wall. Right: Adrian Roper adjusting the new hot water cylinder.

Then Adrian and his father Wayne did the grunt work placing the new stove – strictly speaking not their job because no plumbing was involved, but our sparky has a crook knee.

Bill Stephens did his sparky thing. 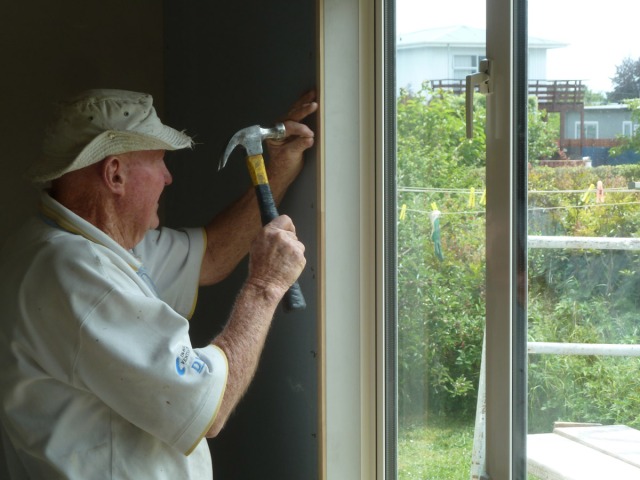 And so the kitchen was largely installed, with the first meal under way.

Still to come are a clothes drier (to be above the washing machine in the cupboard at right), an oven hood, refrigerator, heat pump and lighting.

The room will be plastered early next week, and then we can paint the room and move in properly.