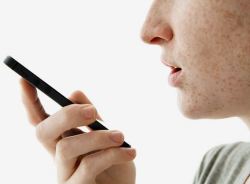 t the wonders of personal assistants on our personal devices. Google Now for Android and Siri for iOS. Speak to these assistants and you get a spoken or text reply that tells you what the weather is up to or when the next train to San Jose leaves – and how long it will take you to get to the station. You can ask it to start apps. And so on.

The system appears to work reasonably well in America, though sometimes I wonder how much of what we read is wishful thinking from Google, Apple and techie types. I’ve yet to see articles about Joe and Jill Bloggs habitually using it in the wild.

Voice recognition by personal assistants works poorly in the Antipodes and I’ve yet to come across anyone down this way who uses it regularly. Most just run it once or twice for laughs, then give up on it.

Just now I asked Google Now to ‘load Zite’. Not once did the app start, but I was offered some exciting  interpretations:

I had the feeling I could have carried on all day, getting something different each time.

This was bad enough, but Google Now is generally reckoned to work better than Siri! American reviewers seem to think so. But maybe Siri does a better job with Noo Zild? I can’t tell, since my ancient first generation iPad doesn’t do Siri.

I may not have the clearest diction in New Zealand, but I don’t think I’m too bad and I don’t have a strong Kiwi accent. I tried to issue the command the same way each time.

2 Responses to Digital personal assistants – not ready for Downunder