A wee triumph in Carterton

Agricultural and pastoral shows, usually known as A&P shows, are somewhat in decline but still an important part of rural life in New Zealand. Some, like the Canterbury A&P, are huge. Here in the Wairarapa, Masterton has the biggie. Smaller by far is the Carterton A&P Show we visited today. (Technically it’s the Wairarapa Agricultural & Pastoral Society Show and it’s held in the Clareville Showgrounds just north of Carterton, but Carterton A&P Show is what people call it.)

We had a particular reason for attending this year: to see if Liz had won a prize for her woolcrafts. Liz has been spinning and dyeing wool, knitting and weaving for almost all of our married life. She was very much a lone wolf when we lived in Wellington, but since moving full-time to Martinborough she’s been a regular at the Wairarapa Spinners and Weavers Guild that meets in Masterton’s Wool Shed museum. This year, for the first time, she decided to enter some of her work in the homecrafts section of the Carterton Show. Insisting she’d only entered to make up the numbers, she got quite flustered when I suggested she might actually win something. Well she did: 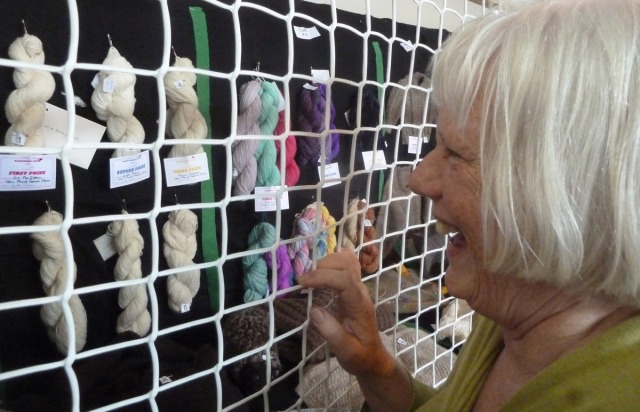 Liz pretty chuffed with her first prize for Skein mixed natural fibres. (Top left.) She also collected a second prize for a felted scarf and a third for some hand-spun dyed wool.

It was a warm, if windy, morning and we enjoyed pottering around the show. Here are some impressions: 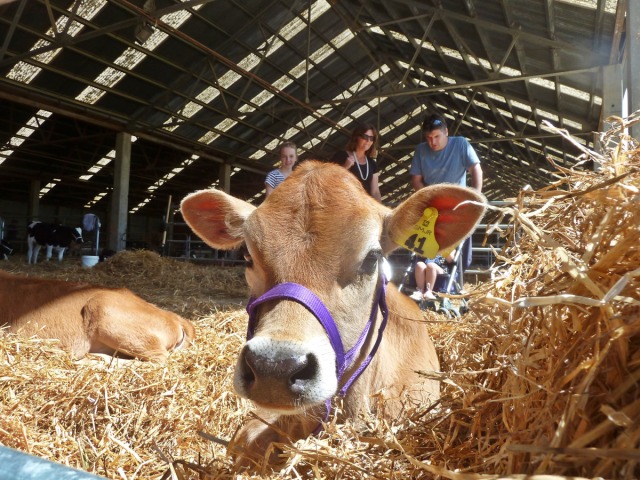 Raucous rooster racket is frightening for a small girl. 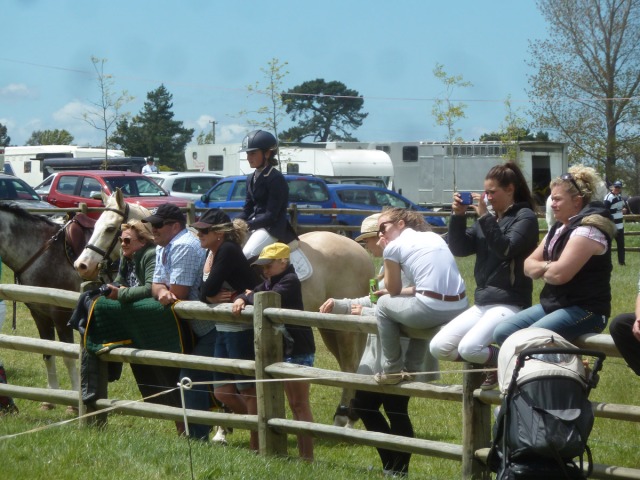 What they were watching. 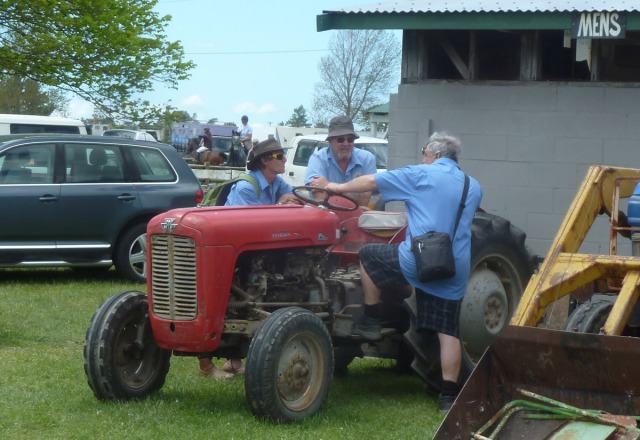 Old boys and their antique toys: yarning round an old Massey-Ferguson tractor.

1 Response to A wee triumph in Carterton