Heaven forbid that I get seduced by an Internet craze

I’ve been fascinated by the speed at which Pokémon GO has seduced news media and co-opted them as as free advertising shills, in the few days since the Android and iOS app was launched. Being curious, and given that the app was free, I loaded it onto my phone this afternoon.

Extremely easy to set up and use, it sent me on a tour of our back lawn, promising a Pokémon in the vicinity. Sure enough a creature was there, beside our cat who was oblivious to its existence. Here’s what I saw. Moments later I tapped the red ball and captured the intruder.

I don’t know what would have come next and I don’t intend to find out. I’ve had my cheap thrill. 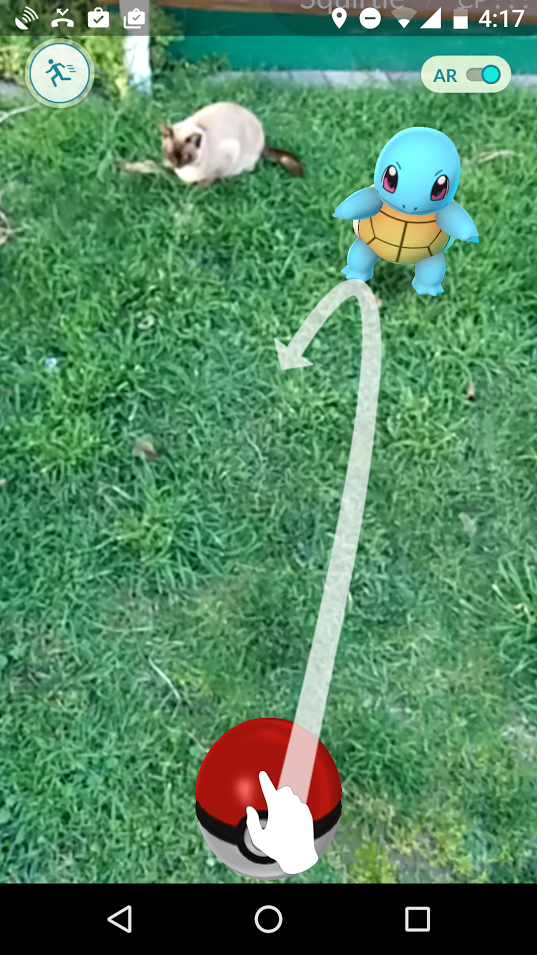 Yesterday I was asked about a photo I might have taken at a cemetery. I couldn’t remember when I took it, or its likely filename. No problem for my Google Photos app. Searching for ‘cemetery’ found it easily.

Nearly every photo I’ve ever taken is in my Google Drive repository and the Photos app searches by both filename and what it recognises in a photo. It served up a few images that weren’t cemeteries, but mostly it was very accurate.

I found the photo I was after, but I also noticed there were dozens more cemetery photos from all over the world. It may be morbid, but Liz and I like poking around graveyards. And they have plenty of character to attract the photographer in me.

Here’s some of the photos, beginning with my own family:

My great-great-grandparents John and Jane MacGibbon in Mataura, NZ, 2007. 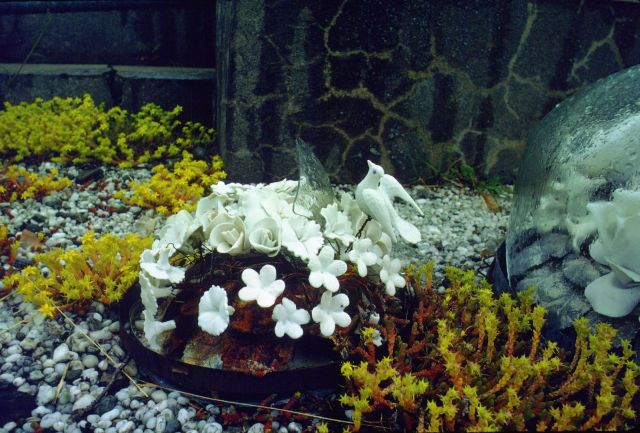 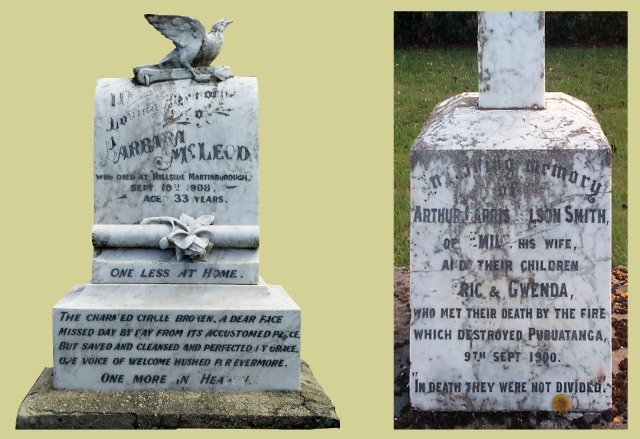 Monuments in the pioneer Waihenga Cemetery in Martinborough, NZ. “One less at home, one more in heaven” is the rather curious sentiment on the left, while on the right the monument marks the grave of the entire Wilson-Smith family – mum, dad, son and daughter – who died in what was considered New Zealand’s most disastrous homestead fire to that date. The family’s cook also died in the blaze. 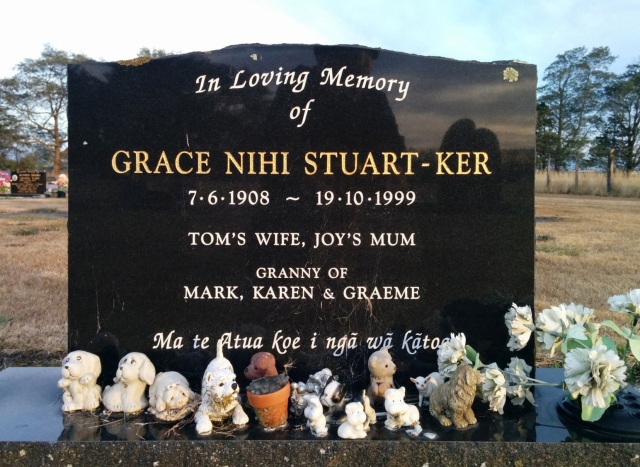 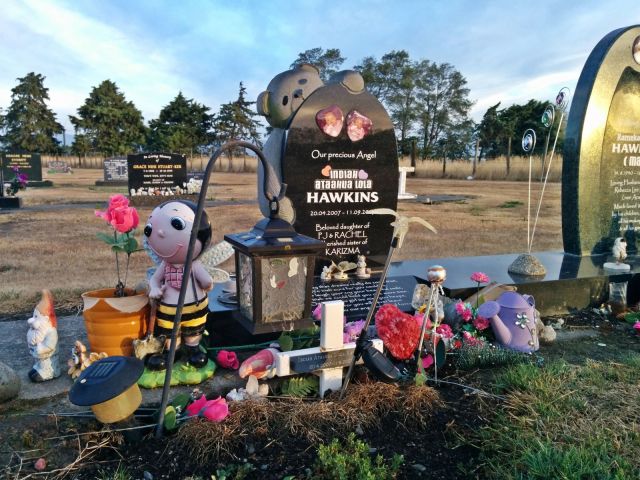 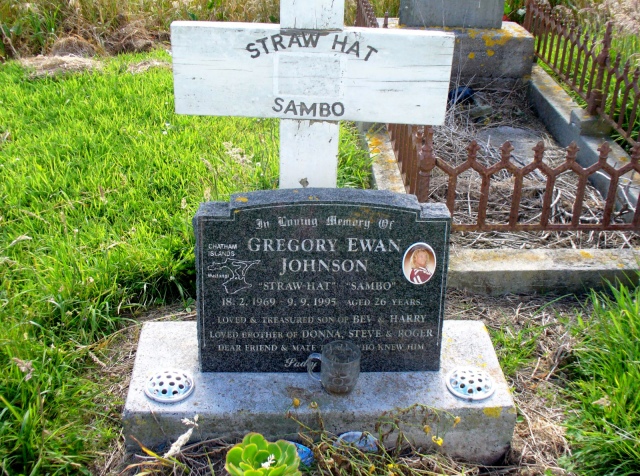 Bonaventure Cemetery, Savannah, Georgia, USA, 2015
The Bonaventure Cemetery was immortalised in John Berendt’s best selling book, Midnight in the Garden of Good and Evil, published in 1994. It was later made into a movie. In the book, the cemetery was highly spooky, with dastardly deeds in the dead of night. We still felt quite an atmosphere in daylight – partly because we’d read the book and seen the film, and partly because of the lush vegetation, including bright pink azaleas, palmettos, and live oaks dripping with Spanish moss. 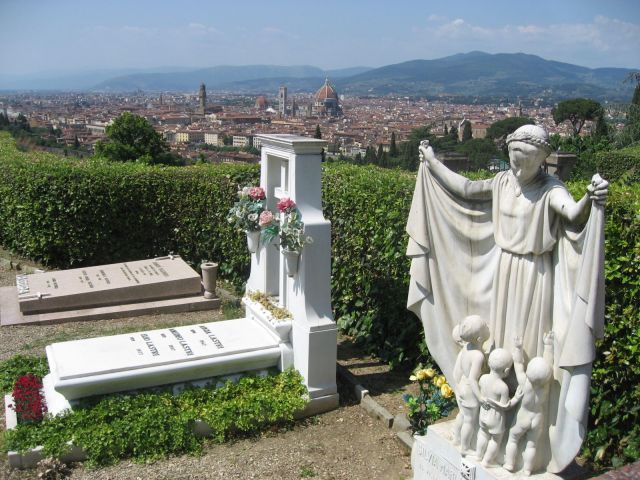 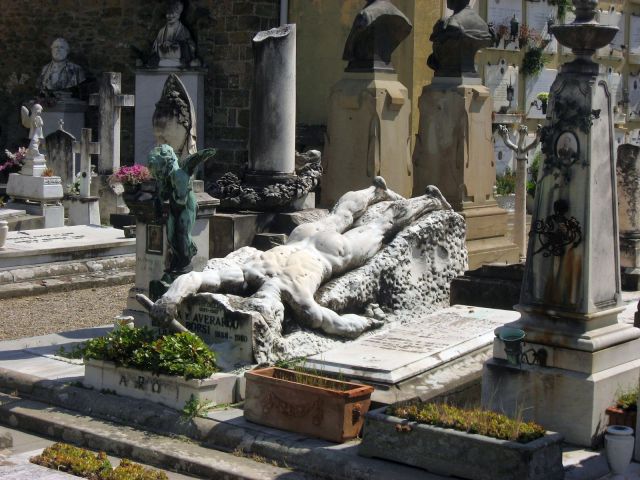 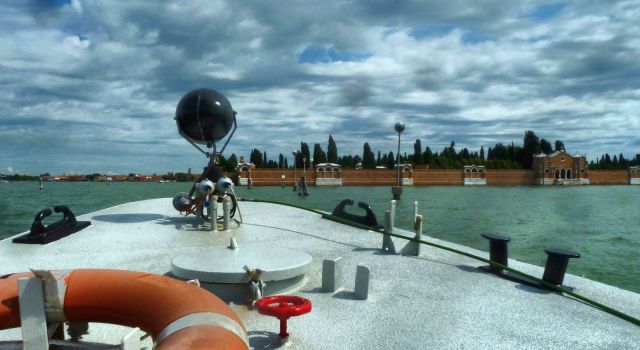 San Michele cemetery island in the Venetian Lagoon, Italy, 2014. We passed San Michelle while travelling by vaporetto ferry to the ‘glass island’ of Murano.

Call me a curmudgeon, but…

There’s been a huge media wailfest about Prince Rogers Nelson since he died last week. The man is supposed to have been a total musical genius who changed music — if not mankind itself!

Let’s get some perspective. Sorry you didn’t make it, Prince, but you were just a better than average pop-soul-r&b performer who wrote very average songs and built up a mystique way beyond your actual musicianship with your androgenous antics (copying Bowie, who I also think was over-rated), fancy clothes, troweled-on make-up, bizarre guitar and renaming yourself, first with just your first name and then as an unpronounceable  graphic symbol.

You were by no means a musical charlatan. You had talent, but mostly you were famous for being famous.

I’ve always felt this about you and my mind was not changed by a solid session today of listening to your big hits. I heard nothing earth-shattering. Stevie Wonder’s songs – even Michael Jackson’s – have far more going for them.

Perhaps it’s just me, but I think you took a lot of people for a ride.

Spinning wool and World War I

Recently I created a new display on the history of spinning at The Wool Shed museum in Masterton. I got very interested in the subject during the development process, which included consulting with a local – and world-renowned – spinning authority, Mary Knox. And of course I do live with a spinning enthusiast. 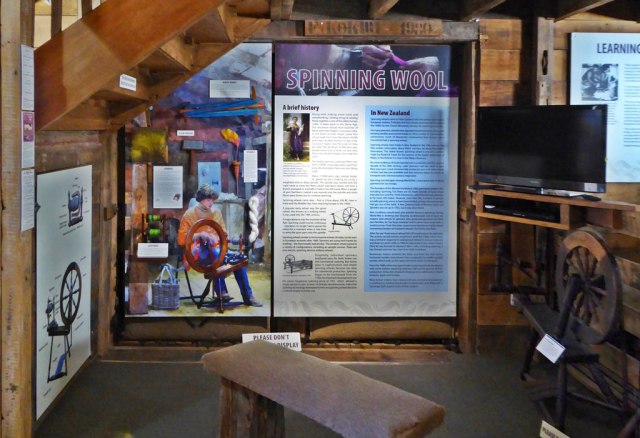 My spinning history display at The Wool Shed, Masterton. There was only a small space available and we had to shoehorn it in. Away from this view are several more historic spinning wheels.

Yesterday I was delighted to come across a great slice of local spinning history and I must find space for it in The Wool Shed display. The occasion was one of the Farewell Zealandia concerts at the splendid Anzac Hall in Featherston. This series of three concerts revealed many forgotten Kiwi-written songs from the World War I period. David Dell, the man behind the concerts, was director, compere and a singer. Most songs were sung separately by a male and a female singer, accompanied by a classy piano, cello and violin trio.

The songs came mostly from David’s Musical Heritage NZ Trust, which since the 1980s has done a sterling job of collecting old printed music, instruments, gramophones, music ephemera etc. David’s resources were invaluable when I wrote my Piano in the Parlour book, and he and I performed together at that book’s launch.

However, to get back to spinning…

One of the songs at the concert was called Spinning. It was written by a Masterton woman, Jane Morison, and published in 1918.

The First World War saw a resurgence of interest in spinning in New Zealand. It became a strong patriotic movement for women, who were very busy spinning wool and knitting it into garments for the ‘boys over there’. 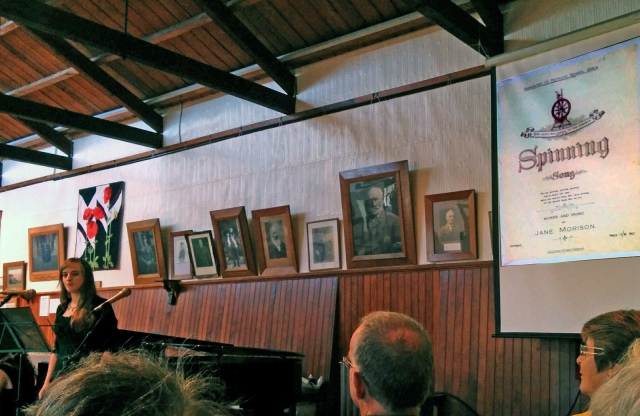 Ms Morison’s song, dedicated to “patriotic school girls”, was noticed in the UK and the composer received a letter of thanks from the British prime minister, David Lloyd George. The lyrics are mawkish and the melody unsophisticated, but Lydia’s performance of the song was rather affecting.

We cannot all shoulder a rifle,
But there is the spinning wheel,
And work must be done, the war must be won,
For home and our country’s weal.
We cannot all enter the trenches,
Nor fight on a battle-field:
But we can spin yarn, with wool from the farm,
The spindle and distaff wield.

’Tis not for lust of conquer,
’Tis not for the greed of gold,
We are fighting away with our ships of grey,
And warriors true and bold.
It is to protect our Empire,
From cruel tyrants’ sway—
So we’ll work with a will, our reels to fill,
For we have the game to play.

The Wairarapa Balloon Festival is on again after a couple of years, and Martinborough played host this morning. From 7am, balloons lifted off from several locations in the town. One launch site was the Martinborough School playing grounds, just down the street from our house. Other years we’ve enjoyed watching balloons drifting past, their silent flight punctuated from time to time by propane-fuelled dragons’ breath. Today we went to the school grounds and watched  preparation and lift-offs. I took a few photos: 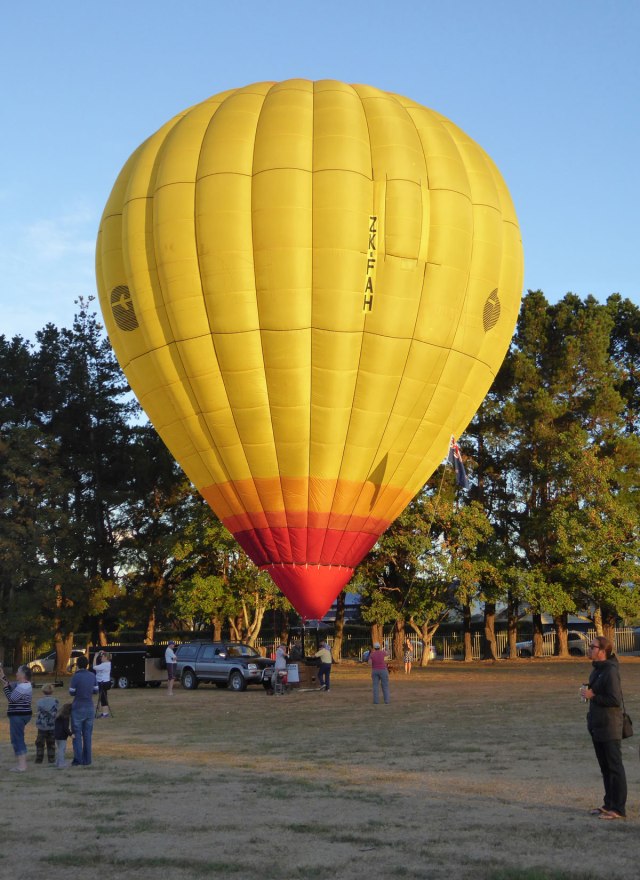 Photos from the previous Martinborough lift-off are here.